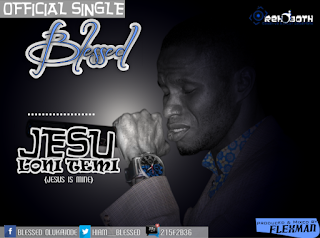 “JLT” -Jesu loni Temi the titled track is a song giving insight on who JESUS is & has been to him… This is it highlife version as it also has a rap version..Nitori moni jesu
Download Here
ABOUT ARTISTE

BLESSED© Originally known as Olatunde Olukayode is a Gospel Singer, Song Writer & a Rapper… A Native of Ondo state who is still studying in one of our leading Universities here in Nigeria.. Who also plays the Guitar‎

Awakened to the Gospel of Christ Renouncing the world for the Word…. He has since then being channeling his energy & gifts for the kingdom of GOD.
He will still be doing so many works that would rep the kingdom but he is currently on this one…
‎

MUSIC By Hephzibah – [All Around Us] @iam_hephzyd