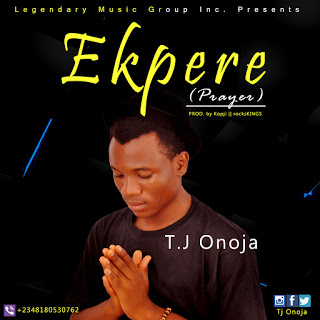 After the successful released of his hit track “Change is Coming”,Legendary Music Group Inc. CEO and founder, T.J Onoja is back againwith another mind blowing dance-able song, titled: “Ekpere (Prayer)”.The song ‘Ekpere’ which means ‘Prayer’ in Igbo language is a powerfulsong of prayer that will definitely bless y’all.After the success of his recent songs and his newly released single,titled: ‘Ekpere’, it became clear that T.J Onoja is a genius when itcomes to singing and songwriting.Prod. by;Kopji | rocksKINGDownload, enjoy and shareDOWNLOAD HERE