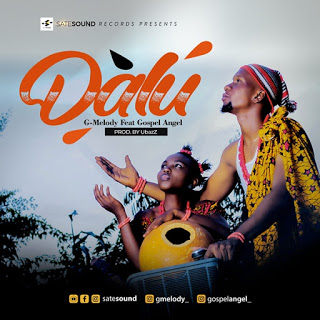 SATESOUND presents the debut single of Gmelody titled DALU featuring female singer Gospel Angel.
This praise song is a calm traditional rendition that leads us to express a deep sense of appreciation to God for what he has done.
Listen and share.
DOWNLOAD
About Artist
Gmelody a singer and recording artist signed to Sate Sound. He has since recorded some studio sessions which featured his first episode of  “SateSOUND Studio Sessions”. It is a monthly series which is a combination of songs by popular gospel artists including Williams McDowell, Ron Kenoly and Mali Music.
Social media handles:
instagram:@gmelody_
Twitter:@satesound
Facebook:@satesound

Sarai Korpacz Releases Lyrics Video For “Eden in Me”