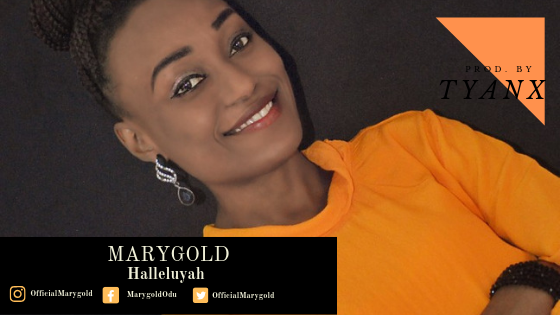 Gospel music minister MARYGOLD is back with this alluring worship song titled HALLELUYAH which has been a blessing to lives even before its release. This is her latest single after her debut album which was released in 2017.

HALLELUYAH is a  worship song declaring God’s goodness and greatness to mankind. The song was delivered in Igbo and Yoruba (Nigerian Languages) garnished with well laid out musical instrumentation and vocal delivery that transports you effortlessly into the throne room of Grace. All this musical goodness was arranged by the whiz music producer Tyanx.

About the Artist- Marygold

Marygold is an inspirational songwriter, singer, psalmist and worship leader. She released her debut Album in 2017 and since then has continued to bless lives through her music ministry.