The energetic UK based gospel minstrel Bukieaina Anchor has yet release another soul lifting and inspirational single tittle “The Way”, the song which is a reflection of the Lord Savior, that there is only One Way to God and that Way is Jesus Christ because Jesus Christ is The Way Himself.

“The Way” was inspired by the Holy Spirit through the truth already established in the word of God, that there is only One Way to God and that Way is Jesus Christ because Jesus Christ is The Way Himself.
In these last days we have seen and heard many men and women, claiming to be called by God but preaching and teaching that there are other ways by which people can get to God, or that they are other ways to God or that they are the closest ways to reach God because they are so “anointed”, prosperous, they have crowd pulling ministries, political powers, built mega buildings and so on, thereby misleading millions of people to focus on them as another or closest way to God, but the real truth is there is NO other way but Jesus Christ. John 14:4 says Jesus says to him, “I am the way and the truth and the life. No one comes to the Father, if not by Me.
The Truth is to become a child of God, to be redeemed, reconciled, transformed, renewed and regenerated,  becoming citizen of His kingdom, enjoying all the heavenly spiritual blessings already provided to all who believe and making it to eternal rest at the end of it all is only through Christ Jesus. John 1:11 -13 says He came to His own, and His own did not receive Him, But to all who did receive Him, to those who believed in His name, He gave the right to become children of God, who were born not of blood, nor of will of flesh, nor of will of man, but of God.
This song “The Way” is a song of celebration of the Real Truth that Jesus Christ is the Only Way, The Truth and The Life no one can get to The Father expect through Him alone, He is the to freedom and way of escape from the hurt and darkness of this world and the only way to be free from eternal death, for Jesus Christ is the only True Giver of love, peace, hope, grace and joy.” BUKIEAINA ANCHOR

Oluwabukola Ruth Aina also known as BukieAina Anchor born in Lagos Nigeria and now based in the United Kingdom, a praise and worship leader, songwriter. She is passionate about serving God and people with all her heart, alongside her is her husband Ajiboye Paul Aina married now for over 20 years and blessed with three boys and one girl.
She was a very successful business woman in Nigeria before relocating to United Kingdom to join her husband, after which while settling down in the United Kingdom she discovered her talent at the age of 29 and  calling to service God and lead people in praise and worship, and ever since she answered to God’s call it has being explosives and fulfilling.
She has been inspired to write more than 60 songs and at the moment just released 5 singles, titled I belong to You (she so passionate about this song and was lead to reproduce it with another producer to be released soon), You are Holy , He knows my name(this is another song she so passionate about and was lead to reproduce it with another producer to be release soon)and Grace Amazing, it has being really challenging but when you have a God given talent nothing can stop you even though it may tarry but it will surely unfold to becoming great blessings to all people and great glory to God Almighty.
Most of her songs have been inspired in her time of studying the word of God, in the times of challenges and discovering the love, grace and mercy of God towards all humanity.
Bukie Aina Anchor alongside her husband also have a ministry called Anchor’s Love, they  reach out to people in her country of birth blessing and providing for widows and people in need and giving to the homeless people in the United Kingdom.
She also work with newly establish gatherings of Christians that are in need of praise and worship leader to assist in building up worship and worship team .
Her passion is to share the love, kindness and the goodness of God with other  people and she love to promote peace and truth of the gospel of Jesus Christ and His kingdom, and to see people coming to the true saving knowledge of Christ Jesus, living and enjoying  the liberty Christ Jesus have already provided,  purchased and paid for all through His sufferings on the cross by shed His blood for all humanity for the remission of our sin once and for all and now reigning on High for our victory.

The Way By Bukieaina Anchor 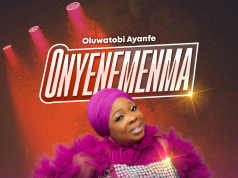 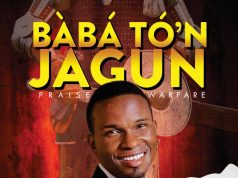