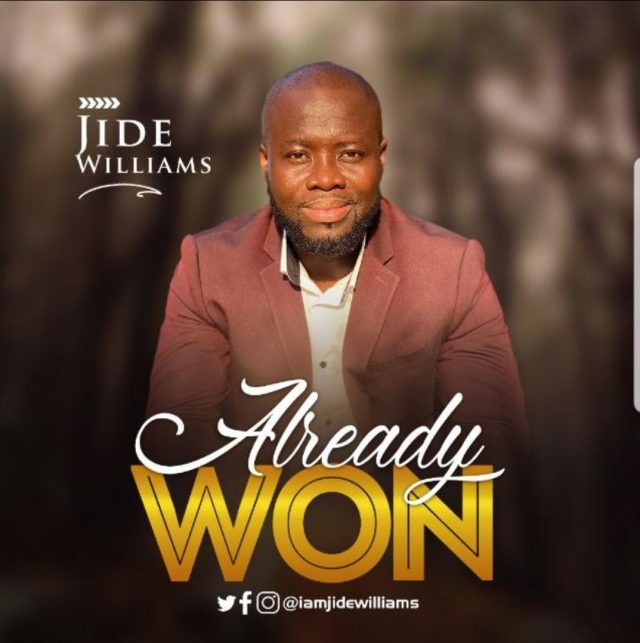 Off the heels of the new groove song ‘Sing Praises’ and a worship tune ‘Jesus’ Jide Williams is out with Already Won. A song of the spirit that expresses the victory we have in Christ Jesus.

More than just an expression, Already won is a victory chant that builds an atmosphere of deep fellowship with the Father.

Speaking on the new single, Jide said, Already Won is a declaration that we Christians have as we shout from the victory side of life.

Already Won is just beyond a song, it’s an anthem and will boost your prayer life and fellowship.  The song is also coming with a live visual.

Lyrics
Who is this the king of glory
That all boundaries are invisible to Him
The Lord is strong, He’s a mighty savior He has conquered and won the victory

Whom shall I fear in times of trouble when there’s an army of angels round about. The Lord is strong and He is a mighty warrior
He has conquered and won the victory.

Chorus
I am not defeated
I will rise in victory
Because I know that I’ve already won
I’m not afraid anymore
I have overcome
In the name of the risen King.