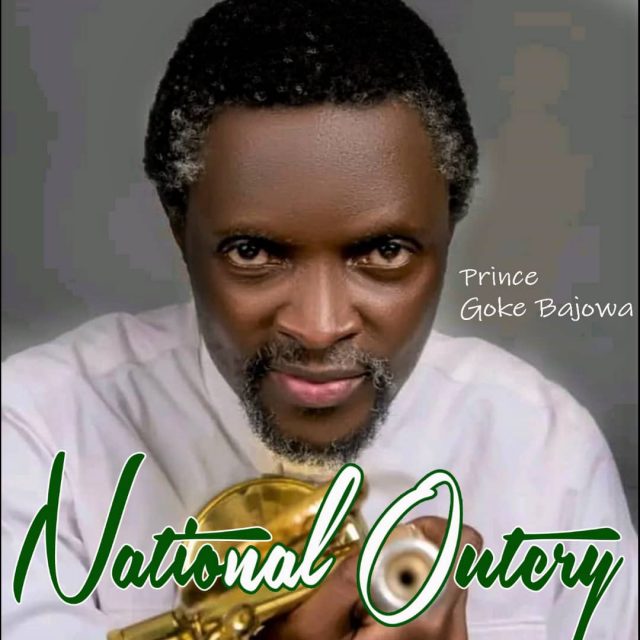 The ace gospel music legend Prince Goke Bajowa has yet come out with another song of  plead an outcry song on behalf of our nation Nigeria, expressing his displeasure on the situation of thing in our country. The song is title National Outcry.

“This is our ” Outcry ” as a nation. A strong condemnation of the killings, subjugation, molestation, oppression, lootings, stealing. under the guise of farmer/ herders conflicts ethnno- religious clashes and insecurity in general. The resources in this country is more than enough to go round only if our leaders can purge themselves of their greed and selfishness. May God save our country Nigeria from the grip of the destroyers.” Prince Goke Bajowa

Prince Goke Bajowa is a  Nigerian recording/performing gospel artiste as well as a song writer/composer, trumpeter, music director and singer. Hails from Igbotako, ikale land, Ondo state of Nigeria and his genre of music is a fusion of contemporary high-life and contemporary folks; while majority of his lyrics are what makes him a gospel artiste. Born on the 1st of April 1977 in the city of Ibadan, Oyo state of Nigeria; Prince Goke Bajowa had all his education from nursery/ primary through to tertiary institution all in his city of birth, Ibadan and became a graduate of Mechanical engineering from the Ibadan Polytechnic in the year 2001 after which he proceeded for NYSC in Warri, Delta State. Few years after his NYSC programme he began his music career professionally and since then has become a force to reckon with in the Nigerian gospel music scene having released three albums including hit songs like Iwo KO LO DA MI, Aarirarira, E se gan ni, Ojumo Ire etc. He has shared platforms with many great Nigerian artistes like Evang Tope Alabi, Sola Allyson, Mike Abdul, Ibironke, Big B, Evang. Dr. Bola Are, Tim Geoffrey, Evang.Ebenezer Obey and many others, he also has two collaborations with Evang. Tope Alabi. His works has attracted accolades from within and outside the shores of Nigeria making him a recipient of several awards; his works have been chosen as project case studies for final year arts and music students in reputable Nigerian tertiary institutions. He is also a mentor and role model to many younger artistes in the Nigerian gospel music industry. Prince Goke Bajowa is married with 3 kids.