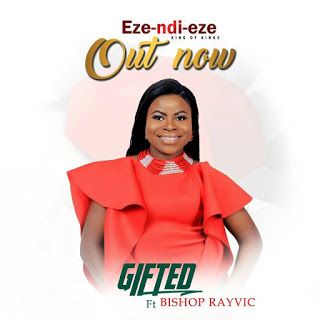 Port-Harcout based Gospel minister, recording artist,  worshipper andpraise radical, Gifted raises the bar with her new single Eze Ndi Ezewhich features Bishop after the release of her debut album  titled UNTOUSEze Ndi Eze (king of kings) is a quintessential worship song , consistsof three languages Igbo, Yoruba and Ghanaian language.The inspiration behind this song eze Ndi Eze (king of kings)  it waswhen I embarked on divine assignment and i  was in need of Godintervention, I was about given up when the word came . idighi agbanweagbanwe  Eze Ndi Eze(I have never change or I will never change king ofkings) and the Yoruba part I didn’t know what I was saying until someoneinterpreted it. He was the king of kings indeed in that project that Icouldn’t explain how it happened till day.DOWNLOAD HERE