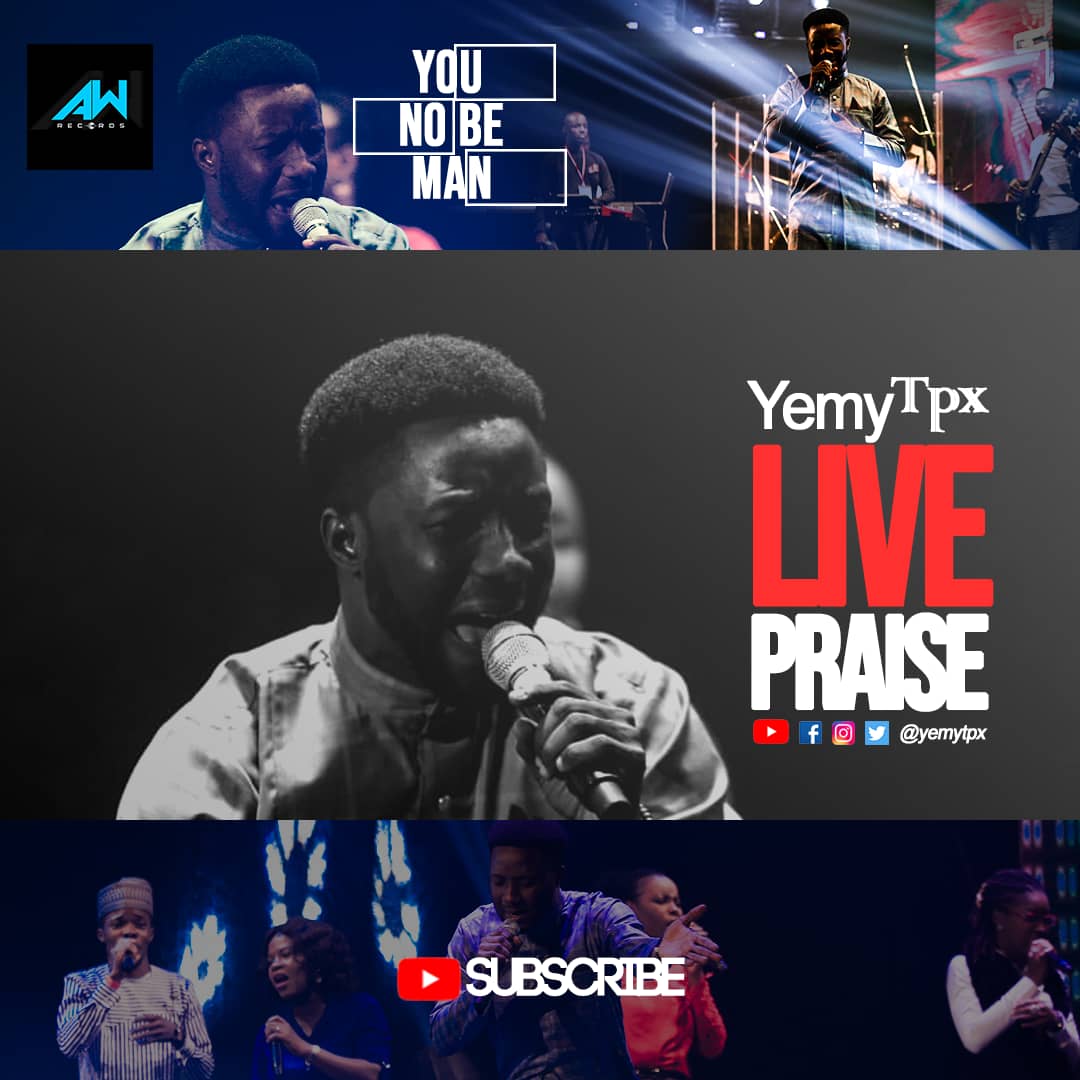 Opeyemi Olatunji also known as Yemy Tpx has yet releases a brand new song title “You No Be Man” , a song which was recorded in a live concert is here to bless your life.

ABOUT ARTISTE – Opeyemi Olatunji (YemyTpx),who has two tracks of his Debut popular in 2013 which are still relevant till date which are “Erujeje” and “Iye” tracks from the album “Unmovable” Which won several awards and recognition all over the world that time.
A prolific Singer, Songwriter, Lyricist, Performing and Recording Artiste signed under AW Records.
The name of his Band is “The Praising Xtian” (TPX) which has become an attachment glued to his stage name . His genre of music could best be described as Afro/Urban contemporary music.
Born in the city of Ibadan, Oyo State but  an indigin of Esa Oke, a town in Osun State Nigeria.
He studied Microbiology in the prestigious Obafemi Awolowo University (OAU) Ile Ife and a member of The Chattered Institute of Environmental Health UK (CIEH).
Over the years, Yemy TPX has been a music director in several  churches; writing and performing at both closed and open door events from the 90s as a Jazz and an Accapella singer.
However, he was discovered professionally in the year 1997 on the  stage of Living Spring Festival. It is an annual gospel music festival that holds on OAU Campus since the year 1983. As a signed artiste under the AW Records in 2018, he recently released his debut Live Praise Medley Video – You no be man. This performance was at the Live Recording Album Concert, CALVARY  by Ccioma who is also an Artiste under the same Label with YemyTpx on the 21st October, 2018 at TerraKulture, Victoria Island, Lagos. YemyTpx is a well of talent; he would be churning out another single before the end of the year. While you  listen, blessed, like and share this awesome praise jam cut out.
“YOU NO BE MAN”,
The Full Praise Jam is Available on all digital stores

From the rising of the Sun
To the going down of the same
Let the name of our God
Forever and ever be praised
. END

John Kola Idowu Drops His Album ‘ALL ABOUT GRACE’